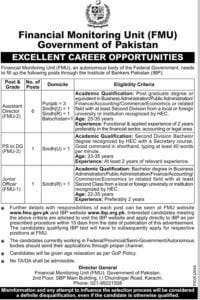 Read the passage carefully and answer questions 1 and 2
IMF financing aims to assist countries in attaining  economic stability and transition  through economic  shocks by providing cushion through funds. This gives the  recipient country time to
bring about the structural reforms and changes needed to resolve underlying issues that threaten its economic stability.  These IMF loans are usually disbursed in installments that are conditional upon the recipient country making policy  changes or implementing certain economic reforms. This conditionality ensures that progress is made during the program and that the funds are not used only as a stopgap measure. Periodic program reviews evaluate whether the program is on track and if any different measures need to be taken to attain the program’s objectives.In a historic and positive turn of events, Pakistan recently  cleared the final USD 102 million, a portion  of its USD 6.4 billion 3-year International Monetary Fund (IMF) program. Out of the 11 IMF programs that Pakistan has participated in so far, this program was the first ever to be completed.Upon completion of their final review, IMF stated that due  to an expected increase in China Pakistan Economic Corridor related investment in addition to a surge in private sector credit and economic  productivity, it expects growth of the Pakistani economy to  cross 5 percent in FY17. Fiscal deficit is also estimated to decrease to 3.8 percent next year. Due to this strengthening of macroeconomic indicators, Pakistan is poised for greater and  sustained economic growth, with
enhanced financial stability.

Q1.  The main aim of IMF is:
A.  To create instability in an economy
B.  To help a country in making reforms that boost economy
C.  To support countries with an instable economy by providing funds
D.  To review the performance of a country and make suggestions

Q2.  According to IMF, which of the following factors have indicated economic growth in Pakistan?
A.  The clearance of USD 102 million funds
B.  Participating in 11 programs of IMF
C.  Investments in CPEC and boost in private sector economic productivity
D.  Strengthening of microeconomic indicators and decrease in Fiscal deficit
In  questions  3  and 4, part of the sentence is italicized and underlined.  Select  the  right
alternative  from the  given  options to correct the sentence. Shade your  choice on the
answer sheet.

Q4.  He found a gold coin as he was clean the floor.
A.  as he had been cleaned
B.  while he clean
C.  which he is cleaning
D.  as he cleaned
Select the correct explanation for the IDIOM.

Q5.  See eye to eye
A.  Staring at someone
B.  Two (or more people) agree on something
C.  When someone does not want to see anything
D.  When someone is not taking situation seriously
Select the correct SYNONYM for the given word.

Select the correct ANTONYM for the given word.
Q7.  INDOLENT
A.  Diligent
B.  Lazy
C.  Pampered
D.  Self-Indulgent

Q16.  Which of the following is the largest hot desert in the world?
A.  Sahara
B.  Thar
C.  Antarctica
D.  Artic

Q17.  Which of the following is the second largest province of Pakistan by area?
A.  Baluchistan
B.  Sindh
C.  Punjab
D.  Khyber Pakhtunkhwa

Q18.  Which of the following is the first human who traveled in to space?
A.  Neil Armstrong
B.  Yuri Gagarin
C.  Sergei Korolev
D.  John Glenn

Q 20. The establishment of Military courts to prosecute the terrorists were allowed under which
amendment of the 1973 constitution of Pakistan?
A. 19th Amendment
B. 20th Amendment
C. 21st Amendment
D. 22nd Amendment

Q 23. According to SBP statistical reports, the total external debt and liabilities of Pakistan as on 30
September 2016 stood at approximately:
A. USD 54 billion
B. USD 66 billion
C. USD 74 billion
D. USD 88 billion